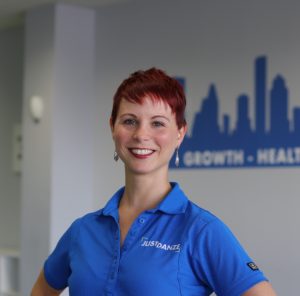 What comes to mind when you think of Ballroom Dancing? Many people picture couples dancing elegantly around a ballroom in formal wear. Though this is true, there is more to ballroom dancing than that! Ballroom dance encompasses many different styles of partner dancing, from the elegant Waltz to the sensual Rumba, and even the social Nightclub Two Step. In this post, I will break down the different categories within ballroom dancing and hopefully answer some questions you may have. Below is a look into the different styles of ballroom that I will be covering in today’s post:

International Standard is a style within ballroom dancing that is mostly danced competitively due to the strict technique that is required. This style consists of five dances: Waltz, Tango, Viennese Waltz, Slow Foxtrot, and Quickstep. These dances travel around the Line of Dance which is counterclockwise around the floor and partners must maintain a closed hold throughout each dance.

Check out this video to see International Standard in action: https://www.youtube.com/watch?v=e3okUswqHqI

American Smooth is a style within ballroom dancing that is danced socially and competitively and consists of four dances: Waltz, Tango, Foxtrot, and Viennese Waltz. These dances also travel around the Line of Dance and unlike Standard, Smooth dancers may break the closed hold and dance patterns in an open hold or separated from their partner all together.

While both styles have similar dances, they have their differences. One difference is in the tempo; International Waltz and Foxtrot are slower than in the American Waltz and Foxtrot, and International Tango and Viennese Waltz are faster than in the American Tango and Viennese Waltz. Lastly, each dance has its own patterns within the syllabus. For example, the first pattern you would learn in the International Waltz is a Closed Change Step, while the first pattern you would learn in American Waltz is a Box Step. Regardless of the style, you are learning, the characteristics and elements within the dance remain the same.

Check out this video to see American Smooth in action: https://www.youtube.com/watch?v=p3J4Wy42MAA

Due to its intensity and strict technique, International Latin is primarily a competitive style within ballroom dancing. This style consists of five dances: Cha Cha, Samba, Rumba, Paso Doble, and Jive. The Cha Cha, Rumba, and Jive are spot dances which means they do not travel around the Line of Dance and generally stay in one spot. The Samba and Paso Doble, however, do travel around the Line of Dance.  While each dance has its own persona, this style of dancing is sexy and sophisticated at the same time and is characterized by its long balletic lines, straight legs, and hip action.

Check out this video to see International Latin in action: https://www.youtube.com/watch?v=X30UL2jIFR8

Of all the styles mentioned previously, American Rhythm is the most playful and free. This style is danced both socially and competitively and consists of five dances: Cha-Cha, Rumba, East Coast Swing, Bolero, and Mambo. This style of dance is primarily characterized by its Cuban Motion throughout except for the Bolero and Swing. Bolero is a hybrid dance comprised of Rumba, Waltz, and Tango, and only uses Cuban Motion on some steps. Swing uses some Cuban Motion but is also characterized by its Swing Hip Action which has a delay in the swing of the hips rather than on every step. Cuban Motion is defined as the bending and straightening of the knee overcareful weight transfers. This leg action causes the hips to swing like a pendulum on each step while the upper body is working in constant opposition which creates more volume in the body action.

Latin and Rhythm get confused often because they share many of the same dances such as the Cha Cha, Rumba and Jive/Swing. However, there are a few differences between these styles. Latin Cha Cha is a bit faster than the Rhythm Cha Cha, Latin Rumba is about as slow as Bolero and faster than American Rumba, and Jive is faster than the East Coast Swing. The biggest difference between the two is the technique of the leg action and characterization. Technically speaking, in the Latin dances, dancers primarily arrive onto a straight leg, whereas in rhythm, dancers shift weight onto a soft knee before straightening the leg. In short, Latin is more sophisticated, and rhythm is more down and dirty, haha!

Check out this video to see American Smooth in action: https://www.youtube.com/watch?v=Tzsi1TzlpPE

Just as the name suggests, this style is primarily done in a social setting, but also done competitively. This style consists of Salsa, Bachata, Merengue, Cha Cha, Hustle, West Coast Swing, and Nightclub Two Step. Many people who enjoy dancing at clubs or bars would be more interested in learning this style of dance because it is more practical in those settings. There are different bars for different social dances. For example, if you like going to Latin clubs or restaurants, you may want to learn how to dance Salsa, Merengue, Cha Cha and Bachata, or if you like listening to local artists that play cover music, then you may want to pick up learning West Coast Swing, Nightclub and Hustle. Many of these dances are danced in a “slot” which allows dancers to move in an organized fashion in a small club. The slot dances are: West Coast Swing, Salsa, Cha Cha, and Hustle. The other three dances are “spot” dances and don’t take up much space either.

For those of you who like a bigger challenge, or simply like having goals in place that push you to become better, I recommend getting into the competitions.  There are competitions and congresses held all over the world for individual dances within this style that are a lot of fun to go to and participate in! There are Swing conventions, Latin congresses, and there is even a day dedicated to this style of dance at ballroom competitions.

Check out this video to see a Social Night Club dance in action: https://www.youtube.com/watch?v=eWWPHyJnIEI

Like all the other styles, the Country Western Dance style is also done both socially and competitively. This style of dance was influenced by traditional ballroom dance but is less formal and more social. There are eight dances in this style: Country Two-Step, Waltz, Polka, Night Club Two, East Coast Swing, Triple Two-Step, West Coast Swing, and Cha Cha. As you can see, there is some crossover with these dances. Although you may see the same dance in other styles, they still follow the same principles. For example, Waltz is the same dance with the same characteristics and elements whether you are dancing it in Country Western, Standard, or Smooth, but the syllabus you may follow will vary from style to style. The same goes for Cha Cha, Swing, and Night Club Two-Step. The country-western dances are split into two categories: Rhythm and Smooth. The Rhythm dances are Country Two-Step, Polka, East and West Coast Swing, and Cha Cha. The Smooth dances are Waltz, Night Club Two-Step, and Triple Two-Step. Some of these dances travel around the Line of Dance and some are spot dances. The traveling dances are the Country Two-Step, Polka, Triple Two-Step, and Waltz. This style of dance has its own competitive circuit under the United Country Western Dance Council (UCWDC) and there are events held all around the world.

Check out this video to see Country Dancing in action: https://www.youtube.com/watch?v=y0Kl4Po0LzM

As you can see, ballroom dancing is really an umbrella term for many different styles of partner dancing. However, when someone says “traditional” ballroom dance, most likely, they are referring to one of the first four styles mentioned in this post. I hope you learned something new about ballroom dancing today. Thank you for reading! 😊

2 thoughts on “Categories of Ballroom Dance” 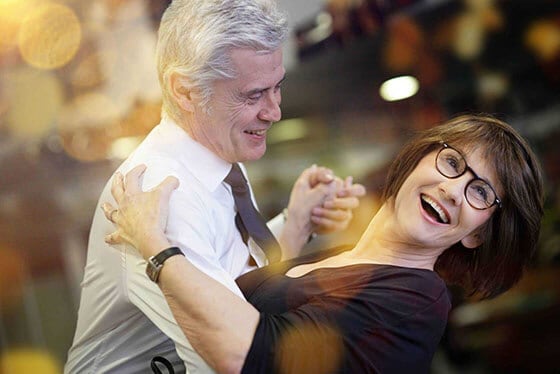 Whether it’s your first dance together or your 1000th, very few activities as a couple screams romance like dancing. It’s an amazing activity that brings couples closer together. Dancing not only offers the opportunity for new couples to explore what’s possible with dance but it also allows couples that have been together for many years

improve Your Ballroom Dancing Ballet is the root of all dance, which is why it’s many professional dancers have been classically trained. In fact, many sports including artistic sports such as gymnastics and ice skating require their athletes to take Ballet. While there are many habits of a classically trained dancer that need to be 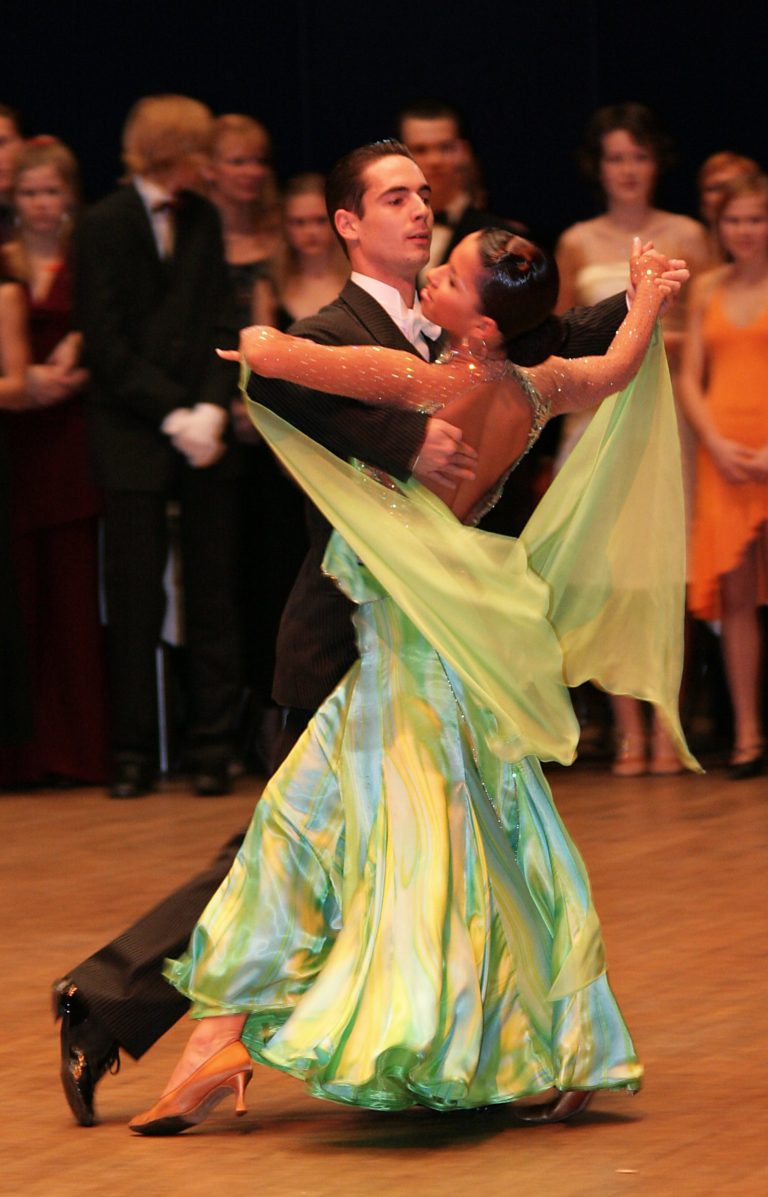 Learn to Dance Waltz – Beginners Tutorial Waltz has a very rich history and it’s one of the oldest dances that are still popular today. Waltz is often danced in both social and competitive settings. You’ll see Waltz danced in the Ballroom and Country-Western circuits under the Smooth and Standard category. Listed below is a